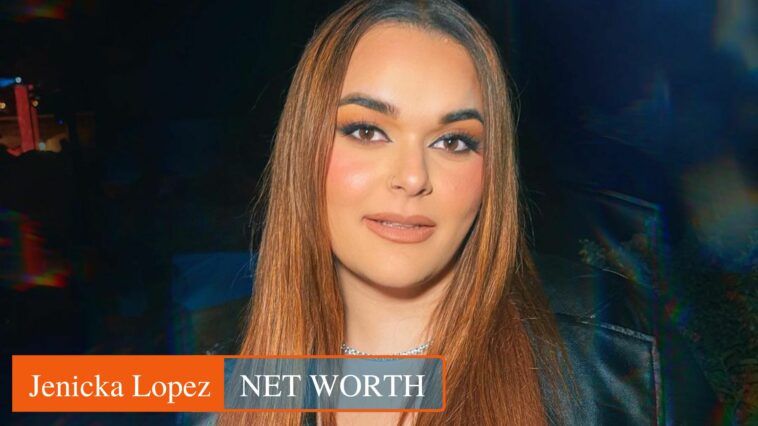 Jenicka Lopez is one of the well-known reality TV actresses and Youtubers today.

If you’re curious about who she is, where she comes from, or what her life’s journey has been so far, this is the blog for you!

In this post, we’ll take a look at everything you need to know about Jenicka Lopez – from her early life to her impressive career as a reality TV star and now online media personality.

We’ll also explore her net worth and see just how successful Jenicka Lopez has been in her field.

Jenicka Lopez is a Mexican-American reality TV actress and Youtuber. She was born in Long Beach, California, to Juan Lopez and Jenni Rivera. Jenicka is known for her full name, Jenicka Priscilla Lopez.

She is best known for her role as Jenni Rivera’s youngest daughter in the reality series I love Jenni and the spin-off series The Riveras.

Besides her acting career, Jenicka is also a social media influencer with over 1 million followers on Instagram.

Jenicka Lopez is a Mexican-American TV personality and Youtuber, born on October 3, 1997, in the United States of America. She is the fifth child of singer Jenni Rivera. She has four siblings: Chiquis Rivera, Jacquie Campos, Johnny Lopez, and Michael Marin.

Jenicka spent her childhood with her grandparents, Rosa Saavedra and Pedro Rivera.

Born on July 2, 1969, in Mexico, Jenni Rivera’s career as a singer, songwriter, actress, television producer, philanthropist, and entrepreneur was quite impressive.

She began her singing career in 1992 when she sang on father’s day. Her first album release date was 1995, and it was entitled Chacalosa.

She worked as a singer, songwriter, actress, television producer, and entrepreneur during her career.

She was considered the queen of the musical genre of Banda, Mariachi, and Norteno.

Jenni Rivera was not only an amazing singer with a successful career but also an actress who played a significant role in numerous TV series.

In addition to her successful career, Jenni was also very active in fighting for social causes.

In 2010, she became the spokeswoman for the National Coalition Against Domestic Violence, and in 2012, she was named one of the top 25 most influential women by People en Espanol.

On December 9, 2012, many fans were saddened when Jenni Rivera died in a plane crash near Monterrey, Mexico, with six other members.

Jenni Rivera was buried at All Souls Cemetery in Long Beach, California, on December 31, 2012.

Jenicka Lopez is a YouTuber known for her lifestyle and fitness vlogs. However, what many people don’t know is that she is also single.

In fact, she has never revealed her relationship status and has always considered herself single.

So, is it true that she is not in a relationship?

Well, as of the date of this writing, we do not have any information to confirm or deny that claim.

We know that Lopez is a dedicated YouTuber who has worked hard to build a successful career. Her focus on her work might be why she is single at this point in her life, but we will update you as soon as we get any additional information.

The Career of Jenicka Lopez

Jenicka Lopez is an American reality TV star and youtube personality. She started her career when she was only 14 years old, appearing in the Mexican-American reality show I Love Jenni.

The TV series “I Love Jenni” documented the personal and professional life of famous Mexican-American singer Jenni Rivera. It started airing on March 5, 2011, and concluded on August 11, 2013, having 3 seasons with more than 37 episodes.

Jenicka then appeared on the Mexican-American TV show “Chiquis n Control” in 2012, following singer Jenni Rivera’s life. The series had over 50 episodes.

Jenicka then went on to star in the spin-off series “The Riveras,” which featured all five of Jenni Rivera’s kids.

After the show ended, Lopez started appearing in other tv series and youtube videos.

Jenicka Lopez is a YouTube star and fitness enthusiast who has amassed over 149k subscribers on her channel. Her main focus is making videos about her daily workout routine, vegan food habits, and makeup tips.

Jenicka Lopez is a Mexican-American TV reality star who has achieved massive success in her young career. She is best known for her roles in I Love Jenni and The Riveras.

Lopez has an estimated net worth of $1- $5 million, primarily derived from her TV reality shows and accumulated independently.

What is Jenicka Lopez’s real name?

Is Jenicka Rivera a plus-size model?

Jenicka, Jenni Rivera’s youngest daughter, has signed with an agency and become a plus-size model. 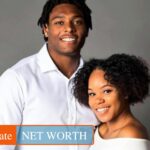 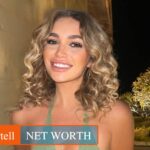