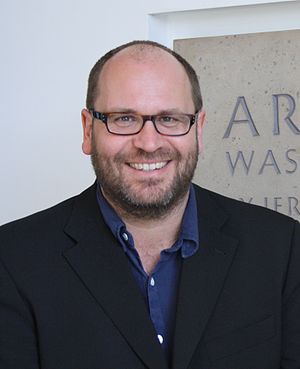 Thomas Trevor was entered into the world at the place of United Kingdom on 1962. However, by profession, he is a Writer. Find Thomas Trevor’s Net worth Biography, Age, Height, Physical Stats, Dating/Affairs, Family and profession refreshes. Figure out how rich would he say in this year and how he uses all of his net worth? Additionally, figure out how he procured the majority of his net worth at 58 years old?

In order to check the total rundown of Famous People brought into the world on  we prescribe you later. With the age of 59 years ancient bunch, this well-known celebrity is an individual from the renowned Actor.

At the present time by the age of 59 years, the height of Thomas Trevor’s is not accessible. As soon as could really be expected, we will refresh Thomas Trevor’s Height, weight, Body Measurements, Eye Color, Hair Color, Shoe and Dress size.

Presently, he is single by marital status. Moreover, he is dating nobody. Further, about Thomas Trevor’s past relationship and any earlier connection, we do not have a lot of data. As per our Database, he has no offspring.

Trevor’s recent curatorial projects include The Atlantic Project “After The Future”, a large-scale context-led project across the city of Plymouth, in the autumn of 2018, featuring site-specific installations by twenty artists from twelve countries, “Music for Museums”, a series of performances, films and sound interventions taking place throughout the Whitechapel Gallery, London, during the autumn of 2015, and “Take Me To The River” for the 4th Dojima River Biennale, in Osaka, opening in July 2015, with artists from eight countries showing alongside established and emerging Japanese practitioners. Other projects in 2015 include John Akomfrah’s Vertigo Sea (Associate Producer), commissioned for the 56th Venice Biennale, and a large-scale architectural commission by Do Ho Suh for the Art Fund International collection (Associate Curator) at Bristol Museum. In 2014 Trevor was a member of the Advisory Committee to the Gwangju Biennale and a member of the jury for the Korea Artists Prize at the national Museum of Modern and Contemporary Art, Seoul.
2016
Trevor is Associate Professor of Contemporary Art and Curation at the University of Exeter. He was previously Artistic Director of The Atlantic Project , in Plymouth, UK (2016-19), Guest Curator at the Whitechapel Gallery,, London (2015-16), Artistic Director of the 4th Dojima River Biennale in Osaka, Japan (2014–15), curatorial consultant to the 1st ARoS Triennial in Aarhus, Denmark (2014–15), Guest Curator at the Devi Art Foundation in Delhi, India (2013–14), Director of Arnolfini in Bristol, UK (2005–13), Associate Curator of the Art Fund International collection (2007–12) and Director of Spacex (1999–2005) in Exeter, UK. Before that he was an independent curator based in London (1994–1999), initiating projects for institutions such as Camden Arts Centre, the Freud Museum and InIVA.
2014
Trevor was conferred a Doctorate of Letters (DLitt) at the University of Exeter in July 2014. He has lectured widely, including talks in Aarhus, Beijing, Beirut, Bridgetown, Faenza, Seoul, Tehran, Venice, Yokohama and Zurich. In 2012 he was a visiting lecturer on the Gwangju Biennale International Curators Course, and in 2013 he gave the 4th ARKO lecture in Seoul, South Korea. He has written numerous articles and produced more than 40 publications. He founded the Concept Store journal in 2008.
2005
From October 2005 Trevor was Director of Arnolfini, overseeing a visual arts-led multidisciplinary programme of exhibitions, performance, dance, music and film, with a public programme of talks, seminars and learning & participation activities. In 2011, on the occasion of its 50th anniversary, Sir Nicholas Serota described Arnolfini as “one of a handful of the most significant contemporary cultural centres in Europe”. Long-term context-led projects in the city of Bristol include Maria Thereza Alves’ Ballast Seed Garden (2007 ongoing) and Suzanne Lacy’s University of Local Knowledge (2009 ongoing). Trevor left Arnolfini in October 2013, after 8 years, to focus on developing curatorial projects internationally. The first of these, Black Sun (co-curated with Shezad Dawood), opened at the Devi Art Foundation, in Delhi, India, in November 2013.
1999
At Spacex, from June 1999, Trevor curated more than 50 exhibitions and “off-site” projects, placing a particular emphasis upon socially-engaged, context-based work. Multi-site projects included Patterns (2001), with Samta Benyahia and Zineb Sedira, and Homeland (2004), presenting site-specific work by 44 artists in 8 different everyday locations. He also curated projects for the Liverpool Biennial; Generator (2002), Hortus (2004) and, later, Far West Metro (2008); and for Frieze Art Fair (2005) (with new film commissions by Yang Fudong, Mark Leckey, Daria Martin, Jimmy Robert, Imogen Stidworthy and Mika Taanila).
1990
Since the 1990s, Trevor has curated more than 100 exhibitions, placing a particular emphasis upon experimental, interdisciplinary practice and context-led projects. Solo exhibitions include Cosima von Bonin, Matti Braun, Angus Fairhurst, Jutta Koether, Joelle Tuerlinckx, and Lois Weinberger. Group exhibitions include The Visible & the Invisible (1996), the Home Series (2000–04), Port City (2007), Far West (2008), Museum Show (2011), No Borders (2012) and Version Control (2013).
Trevor studied Fine Art at the Ruskin, University of Oxford and Goldsmiths College, University of London. As an artist based in London, in the 1990s, he participated in various group exhibitions, such as East Country Yard Show (1990), with contemporaries including Liam Gillick, Michael Landy, Sarah Lucas and Gillian Wearing. In 1996 he co-curated a multi-site project, The Visible & the Invisible: representing the body in contemporary art & society, produced by InIVA, that took place in non-art locations around Euston, London, including first UK presentations by Tania Bruguera and Doris Salcedo, along with site-specific installations by Louise Bourgeois, Bruce Nauman, Yoko Ono, Donald Rodney and others.
1962
Thomas Trevor (born 1962) is a British curator and writer on contemporary art. 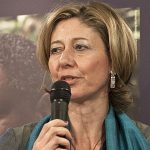 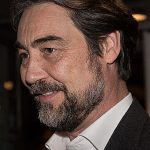