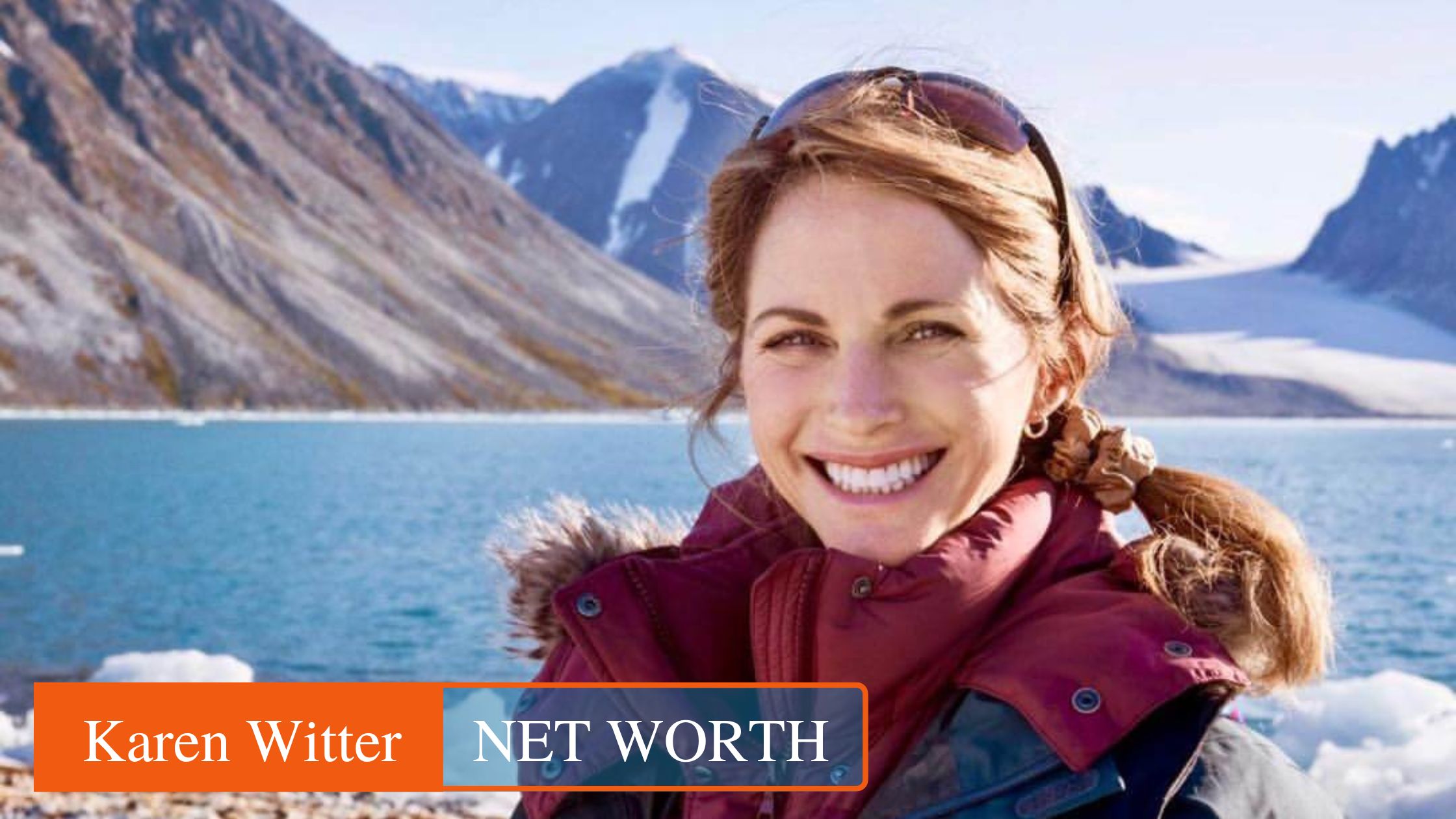 Karen Witter, an enigmatic persona, flaunts her multidimensional career as an actress, model, and writer.

The American personality began her early career as a charming model. She later entered the world of acting, playing some major roles in TV series.

The actress became a prominent face after marrying her now divorced spouse, Chuck Lorre, and consequently changed her surname to Lorre.

Karen Witter was in a relationship with the super-producer Lorre from 2001 to 2010. Witter went on to have a successful publishing career, authoring two best-selling books, which gained her recognition.

Karen Rachel Witter was born on December 13, 1961, and raised in Long Beach, California, but she spent her college years in Honolulu, Hawaii.

Witter’s father died during the 2000s; as a result, she spends a lot of time with her mother. They have an exceptional bond and love doing yoga and relaxing together on weekends. Karen has one brother.

She was an active child during her childhood but became shy later on in her teenage years.

Karen Witter’s acting career started in her teens after she did a few local commercials.

She studied at Long Beach Milikan High School and then went to the University of Hawaii in Honolulu. In college, she joined pre-med, and her major centered around psychobiology.

Karen is not just a model with a beautiful image; she also has the brains as she has an equal interest in science. Hence, she studied at the University of California. She then moved to New York and Los Angeles following her career.

Upon meeting American television director Chuck Lorre at a restaurant, Karen Witter claims to have had a vision of his house during a meditation two years prior. The pair only spoke for two minutes and exchanged names before going their separate ways for the next two years.

However, following this periodical gap, they met again at a writer’s meeting. Witter says of her visions, “I saw where his driveway was, how many fireplaces there were, and all the other things….”

When she visited his house, she found a strong connection to the place. Chuck Lorre’s dog even felt comfortable around her. She explained how fascinating the whole experience was.

Karen and Chuck started dating and eventually married in 2001.She inspired her husband to create more shows. Karen’s experience with her ex-boyfriend, a physicist, is said to have come up with an idea for the hit show The Big Bang Theory, and her ex was also one of the show’s advisors.

Karen Witter and Chuck Lorre had two children during their marriage, but their relationship began to crack when Lorre created many shows.

Witter also expressed that Chuck’s temper made her anxious most of the time. The actress was also diagnosed with narcolepsy and formally ended their marriage in 2010.

The Career of Karen Witter

Karen Witter’s career began with small, odd jobs while studying science at university. She always thought the acting was more adventurous, so she took a chance and went for it.

Her career started to take off when she appeared in five Mexican commercials for Superior beer. People were really captured by her beauty and mystery.

Her friends urged her to start modeling, so she decided to work for Playboy magazine. She drove up to LA and posed for some polaroid pictures. The management told her it would take six weeks to call her.

Karen Lorre was Playboy magazine’s Playmate of the Month for the 1982 issue’s March edition, and she also posed for the cover of 1983’s March edition.

She was working out at the gym when the magazine came out, and the song My Angel is a Centerfold came on. Everyone at the gym looked at her; she genuinely felt mortified because everyone knew about her. She realized how popular the magazine was and ended up featured in the 1991 issue.

She said that she didn’t realize anyone would actually read Playboy magazine. She was worried that people would judge her for being a Playboy Playmate and not take her seriously as an actress. But she did the shoot anyway, and it ended up leading to many acting opportunities.

After her modeling days came to an end, the charismatic model decided to give acting a try. She made the decision while having lunch one day and found that her transition from modeling to acting went quite smoothly. This gave her ample opportunities to explore her new craft.

For example, she landed a role in Mickey Spillane’s Mike Hammer and did a cameo in the syndicated version of Sale of the Century from 1985 to 1986.

Similarly, in 1988, she was cast in Cheers, and then in 1989, she took on Jezebel Fairchild’s role in The Vineyard.

Also that year, she acted as Janet in Buried Alive – a horror film. Karen got her big break in the 1990s with a movie role that made her famous, leading to more opportunities to act in series and movies.

Her major role was Tina Lord Roberts in the ABC daytime television show One Life to Live. She had an amazing experience on and off the set of One Life to Live during her four years of dedication.

She was nominated for the 1991 Soap Opera Digest Award for Outstanding Female Newcomer in Daytime. In 1995, Witter was cast as Sharon Kiveat in The X-Files, a drama series.

Karen Witter has had a long and successful career in acting. In 1994, she appeared as Nemesis in Hercules: The Legendary Journeys. Then, in 1996, she took on the role of Dr. Werner in Slider, a science fiction fantasy series.

Similarly, in 1998, she was cast in the role of Stephaine in Dharma & Greg. In 2000, Karen acted as Vanessa in NYPD Blue, a police drama series. The following year, Karen portrayed the role of Malcolm’s girlfriend in Malcom in the Middle.

Here are other movies Karen acted in:

Karen Witter as an Author

Karen Witter, who has published two books on a spiritual journey to a happy life, first came out with Chronic Pleasure: Use the Law of Attraction to Transform Fatigue and Pain into Vibrant Energy in 2018.

Her second book, Effortless Enchantment: A Memoir of Magic, Magnetism, and Miracles, was published in 2020. She teaches how to love unconditionally and guides them to affect various life aspects fully.

She is currently working on adding a second edition to her first book, chronic pleasure, but this time focusing on relationships.

The successful actress, model and writer Karen did not stop at just publishing two successful books.

She also started the Chronic Pleasure Podcast, where she recently talked about various forms of pleasure that life can provide.

Karen Witter’s net worth is estimated to be around $630,000, with an estimated salary of $235,200. This comes from her acting gigs, commercial work, and cameos. Additionally, her two best-selling books have given her a financial boost, and her popular podcast series has helped increase her income. 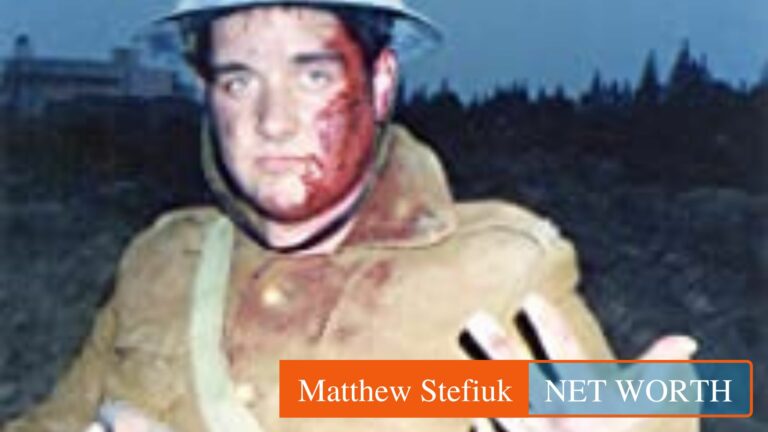